From distributed monolith to microservices on AWS

Recently I’ve undertaken a major refactoring of a project which involved breaking up an application into microservices on AWS — read more.

Success in software engineering means different things to different people. With technologies and methodologies changing at such rapid pace it becomes almost a given that to succeed you need to be constantly improving. — read more.

ImageMagick, created in 1987 by John Cristy, is a powerful suite of tools for manipulating images entirely via the command-line — read more.

When I was a kid I remember seeing a poster of Yoda from Star Wars which was made up from various screenshots from the movie. I remember being facinated how several tiny images could be arranged to create a larger image and that how the colour of each small image contributed to the larger image. — read more.

Creating a remote BitTorrent box with Terraform, Transmission and Docker on AWS

My head has very much been in the DevOps space lately as I've been more and more hands on with AWS. I got thinking about an idea I had some time ago... What would be involved in running an ephemeral BitTorrent client on AWS with downloads automatically saved to S3? — read more. 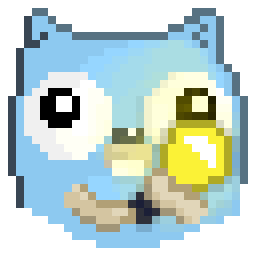 go-watch-s3 is a Go program which recursively watches a directory for new files and automatically uploads them to S3. — read more.

I'm a lead software engineer with over 15 years experience from Melbourne Australia. Got a project you'd like to discuss? Reach me below.